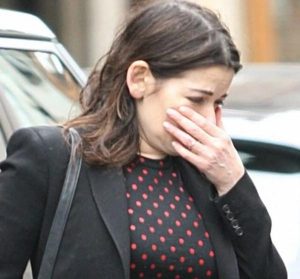 I wanted to get married, but being overweight didn’t help matters. Most guys took one look at me and said to themselves, “NO.”

My heaviness didn’t seem to matter to Doug. He seemed to accept me for who I was, not just a number on a scale.

I was crazy for Doug and would do anything for him—he would say jump… and I would just ask how high! At the time, I didn’t realize I was preparing the way for an emotional abuse marriage.

After a few months of dating, he asked me to marry him and immediately I said, “yes. ” It was a no-brainer and I felt as if I was the luckiest woman in the world.

Immediately after I started to prepare for the wedding, I should have known something was amiss. I should have recognized what a verbally abusive husband was since my mother had lived with one for forty years.

Had this controlling behavior happened once or twice, I could’ve lived with it; but it was not like that. Doug seemed to take pleasure in upsetting me or verbally abusing me.

Doug would behave like the classic verbally abusive husband: He would threaten, demand and accuse me, and my innocent and well-meaning mother, of terrible things.

I did not realize that he was verbally abusive until about a year after our marriage. At the time, I was so in love with the idea of being married that I did not see the writing on the wall: WARNING — verbally abusive husband.

Because of Doug’s fits and demands, his mother totally made all the decisions. Doug insisted that I do everything her way. I was too shocked to be mad or resentful… and the two of them continued to bully and emotionally abuse me.

Looking back at Doug’s controlling ways, I am angry at Doug for letting his mother control everything, but I am angrier at myself for not seeing the warning signs of the psychological abuse.

I don’t need to tell you what happened over the next ten years. Only, I can tell you what my life is like now with Doug, nothing has changed. He still abuses me—just like he did during our engagement and when we were preparing for the wedding, only now the psychological abuse happens more often.

As soon as Doug and I were married, he felt that he owned me and the emotional abuse escalated. I don’t mean that he hits me, although we have pushed each other now and then. No, the way he abuses me is that he messes with my mind, it is a kind of mental torture. It is a kind of psychological abuse that I cannot fully describe other than to say that sometimes I think I am going crazy.

Had I known I was marrying a verbally abusive husband, I would have run away. Now we have three children… and what can I do? The four most common reasons why emotional abuse occurs.

Let me 'count' the ways emotional abuse in my marriage hurts!

I will list some of the ways that Doug abuses me. He calls me derogatory names. I’ve told him over and over again I hate that, and I want him just to call me by my normal name, like everyone else does. However, he refers to me as ‘the little girl, the complainer, or the bitch.’

He loves to talk about sex and private body parts. I’m not squeamish, but when he gets into his ‘gutter talk,’ when I am with my family or friends, it embarrasses me. I am ashamed of the man I married and the person who is the father of my children.

People wonder what kind of guy I married! And worst of all, Doug thrives on embarrassing and shaming me in front of others. He finds his psychological abuse funny, and only teases me more when I object to it.

He never goes to bed with me , rather he just stays up all night doing who knows what! I feel completely ignored, but again if I complain he just makes fun of me. He gets into his verbally abusive husband mode and calls me the ‘the complainer, the whiner.’

Doug has lots of problems. He cannot seem to hold a job. I am a very organized person, and I try to help him develop the skills and attitude that he needs to help support our family. But he fights me every step of the way. He makes me feel as if all I want to do is nag, when the truth is that I only want him to be a successful man.

Why do I stay with him? I have three children, and I feel they need a father. I am not sure if I am making the right decision, but as of now I am still trying to ‘fix Doug.’

I am not sure how much longer I can keep trying… each day he finds new ways to use psychological abuse to torment me. And each day I think I have reached my breaking point. But then I carry-on…

For now, this is my life, being married to a verbally abusive husband and suffering in an emotionally abusive marriage. -Ruth, 42 years old

Are you in an emotionally abusive relationship? Take our FREE test and find out! Immediate results, no email required. ONE MILLION INDIVIDUALS have already taken this scientific-based Emotional Abuse Test!

Hello. I’m in emotional abusive marriage. I married too fast. It’s been 10 years almost. I’m isolated, trapped, controlled, have no voice, I feel like I lost real me. I have no one. No one believes me if I tell the truth.
I had to leave the other guy for my husband. The last few years I can’t get the first guy out of my mind, I can’t write to him. But it feels like an emotional affair in my heart. Should I reach out for him? It feels like he’s my only way out, my hero who could save me.

I think your situation is already pretty desperate and in seeking a solution the first goal should not be to make it worse. If you reach out to the person that you referred to as “the first guy” likely you’re going to complicate and confuse the issues you are currently having with your husband. I suggest you turn to people you can trust and who can help you actually solve the problem. Take care, and I hope you can find some relief, Abe

My husband has always had affairs in our marriage. He would tell me that there’s another one and all his family knew about the other relationship s, which made me foolish. Why can’t I get over it? We are now separated but I still go over the abuse in my mind

Hi Carol, it is not surprising that you are finding it difficult to move on from what your husband has done. Being cheated on is one of the worst things that can happen in a marriage. Because of the deep hurt he has inflicted upon you it is natural for you to replay in your mind the event and the hurt and the disappointment over and over. Nonetheless, it is in your best interest to try to move on – especially since you are separated from your husband and it would seem you are going to be starting a new life. You might want to seek the assistance of a mental health specialist that can help you deal with the stress and trauma that has happened to you in the past. Whatever you do, don’t be upset with yourself as your emotional response is very normal. The way you are hurt and the difficulty moving on is just one of the many ways that infidelity injures. Sadly you have been a victim. But, now it is your turn to move on and have a wonderful life. And I hope you do. Wishing you the best, Abe 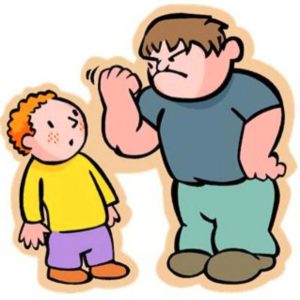 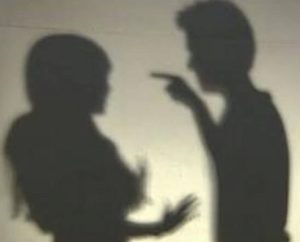 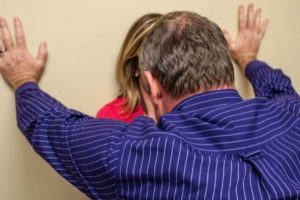 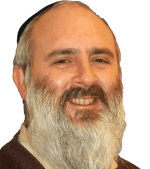